Discovery in Foreclosure: “The Golden BB” 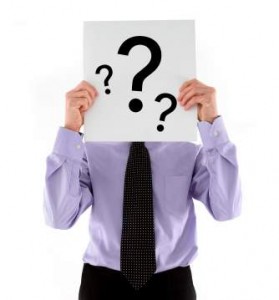 The South Carolina Rules of Civil Procedure has “discovery” rules which serve to level the playing field for homeowners facing foreclosure.  No matter how big (well-financed) the mortgage lender or how small (not-well-financed) the home owner, the rules apply equally to both.  When applied properly, the rules of discovery open the way for your attorney to locate and uncover the Golden BB which will win your case and save your home.

The Golden BB is a term used by trap and skeet shooters to describe the near miss that still scores as a hit.  A typical 12-gauge shotgun shell of the type used by most shooters contains hundreds of small pellets.  A definitive shot will result in an explosion of black dust marking the successful “kill.”

The Golden BB describes the other shot, where the clay pigeon continues to spin off into the distance like a runaway Frisbee while throwing off a small black chip of clay, indicating a good, albeit not as satisfying, hit.  It only takes one.

You want that Golden BB

The quest of every good attorney is to seek that Golden BB buried in the evidence files of a given legal case.  And the tool used to locate that BB is called “discovery.”

Discovery in the South Carolina Circuit Courts is governed by Rules 26 though 37 of the South Carlina Rules of Civil Procedure.  For those of you who want to learn more, the rules are located on the South Carolina Department of Justice’s website at http://www.judicial.state.sc.us/courtReg/.  Click on the “Civil” tab at the top.

One great thing about discovery is that it’s mandatory.   A failure to cooperate can result in some serious sanctions, including losing the case.

Another great thing about discovery is that you can force the opposition to admit flaws in its own case.  For example, say that a required signature is missing and its absence will result in the lender’s case being dismissed.  Your attorney can ask the mortgage lender to admit that the signature is missing.  This is called a “Request to Admit.”  If the mortgage lender admits the request or fails to respond (which is still deemed an admission), you have found the Golden BB and your case is made.

The important thing is to know the facts of the case and make sure to make the mortgage lender prove its case.