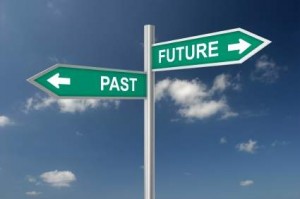 Recently, the Office of the Comptroller of the Currency (O.C.C.) and the Federal Reserve accepted a settlement deal requiring ten of the largest residential lending banks (Bank of America, PNC, Aurora, MetLife Bank, SunTrust Bank, Citibank, Wells Fargo, Sovereign Bank, U.S. Bank, and JP Morgan Chase) to pay $8.5 billion dollars to homeowners who lost their homes to wrongful or fraudulent foreclosure.  $3.3 billion dollars of the settlement will be paid directly to homeowners who lost their home in foreclosure in 2009 and 2010.  The other $5.2 billion dollars will be paid by the banks indirectly by granting loan modifications, interest and principal reductions, and waiver of deficiency judgments for homeowners currently facing foreclosure.

This settlement comes as a result of a lawsuit initiated in 2011 by the O.C.C. and the Federal Reserve, which originally required fourteen of the residential lending banks to investigate their own files for fraud and wrongdoing in the foreclosure process, also known as, independent foreclosure review (it doesn’t appear to be independent to me!).  The fourteen banks in the original lawsuit included the ten banks mentioned above and OneWest Bank, Ally Financial, HSBC, and EverBank, who were not a part of this settlement, and whose independent foreclosure reviews are currently set to continue.  The lawsuit required the banks to hire independent firms to assist with the process, and during the review process, the banks were to adhere to the regulations set forth by the Federal Reserve and the O.C.C.

However, we all know what happens when the big banks are required to adhere to strict rules and procedures (that they are expected to enforce), and to provide answers for their wrongdoing… they drag their feet, find loopholes, and make the process so long, painful, and arduous, that even the Federal Reserve and the O.C.C. eventually give up!  The thought that leaving these banks, who openly engaged in fraudulent foreclosure practices, to determine whether fraud existed in a foreclosure file and to provide appropriate redress to the homeowner, is laughable, to say the least.  So not surprisingly, after reviewing the files for over a year and spending an estimated $1.5 billion dollars on the reviews, the banks have found little fraud and wrongdoing on their part.

In a statement supporting their decision to accept this settlement, the Federal Reserve and the O.C.C. stated that the settlement will provide relief to the aggrieved homeowners in a “more timely manner.”  This highly publicized settlement will give each homeowner who lost their home in foreclosure during the applicable time period anywhere from $125,000 to $250 depending on the level of fraud discovered in the file.  The average homeowner eligible to receive payment from this settlement should expect to receive approximately $868.  Yes, you read that right, $868.  That is less than a fourth of the ancillary fees and charges that I see tacked on to any given foreclosure file in my office, and in all likelihood, would not cover one mortgage payment, or one month’s rent.

Additionally, the settlement money will be distributed with no regard for whether a homeowner was harmed by a wrongful foreclosure, and to what extent.  People who voluntarily walked away from their homes are being treated the same as those who fought vigorously (and rightfully so) to keep their family in their home.

The bottom line?  If the Federal Reserve and the O.C.C. want to pat themselves on the back for getting “results” for homeowners who have been wronged by the banks for wrongful foreclosure and eviction, they should go back to the drawing board because this attempt was a bust.