Help! My Mortgage Company Filed Bankruptcy (Or, What to do if GMAC is your lender) 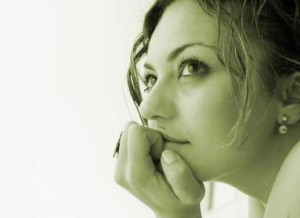 Sometime during the third or fourth week in May, 1.2 million homeowners went to their mailbox and pulled out a notice that their mortgage company, GMAC Mortgage (“GMAC”), filed for Chapter 11 bankruptcy protection.  Actually Residential Capital, GMAC’s parent company, filed along with 50 of its subsidiaries, including GMAC.  About 30 seconds after the average guy tried to decipher the legalese on the notice, a collective wail arose from the already-beleaguered homeowners nationwide.  “Now what?!”

First, keep making your payments!  GMAC sent a separate letter to homeowners explaining that (1) you must keep paying your mortgage on time and in full; and (2) payments should be made to the address listed on your current statement.  This is the most important thing to remember.  GMAC’s bankruptcy filing does not affect its ability to foreclose on your home if you default on your loan.

Finally, no, GMAC isn’t out of business.  A Chapter 11 bankruptcy is simply a “reorganization” of liabilities for the company.  Unlike a Chapter 7 filing, it does not liquidate and close the business.  The word on the street is that the servicing for GMAC mortgages will be sold to Nationstar.  If that happens, you’ll get another notice in your mailbox – and I’ll write another blog post.

I got a different (HELOC) letter!

Homeowners with a Home Equity Line of Credit (“HELOC”) received yet another letter from the court.  According to that notice, GMAC will no longer extend any credit for its HELOC accounts.  Put simply, you can’t write any more checks against your HELOC – and if you requested a draw from your HELOC before GMAC filed their bankruptcy, but haven’t received the funds, you won’t be getting a check in the mail.  GMAC is not honoring those requests.

What about my loan modification?

Ah, now that’s another issue entirely.  GMAC Mortgage’s website indicates it will be “business as usual” during the Chapter 11 reorganization.  However, many attorneys say their clients’ modification agreements are on hold.  According to attorney Max Gardner, quoted in the New York Post, “[H]omeowners negotiating a foreclosure settlement deal or loan modification will likely have to start again after the servicing rights are sold, since such deals are not usually transferred.”

Can I still strip GMAC’s mortgage in my bankruptcy?

However, the order does not modify the stay for direct claims, counterclaims, or motions/adversary proceedings for monetary relief, violation of local, state or federal law in connection with the issuing of the loan, or several other issues.

In short, if you are in bankruptcy and concerned about what this means for your case, contact your attorney.  Their job is to understand the law and how it applies to your Chapter 13 case – and they went to school to learn how to help you navigate the legalese!

So, what should I do?

For 95% of the homeowners with a GMAC mortgage, this is much ado about nothing.  If you are current on your mortgage and you don’t believe that GMAC owes you money, just keep paying your mortgage every month, on time and in full.

If you’re in the middle of a loan modification with GMAC, are in foreclosure, or you’re just not sure if there’s something else you should do, contact an attorney for advice.

Postscript: Thanks to Laurie Tange, my bankruptcy paralegal, for this post. Laurie is in her final class or two in law school at the Thomas M. Cooley Law School in Grand Rapids, Michigan and will graduate next year.  She’s been my paralegal since 2003 and will do a post from time to time.

For information about stripping a mortgage in bankruptcy, see “Mortgage Stripping in Bankruptcy.”