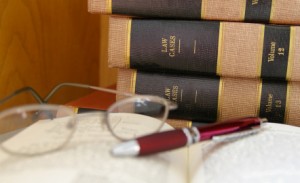 You’re served with a South Carolina foreclosure complaint.  Then what?

It’s not a letter!

After practicing law for almost 18 years now, I see patterns develop. One common thing (of many) I hear from clients is, “I got this letter…”  And it’s almost never a letter. It’s a complaint, a motion, a subpoena, or some other legal document. When you’re served a foreclosure complaint in South Carolina, it’s unmistakeable. It says “complaint” on it, and it comes with a “summons,” which is the legal document stating that you’re required to answer the complaint within 30 days.

Receiving a foreclosure complaint is serious

It’s the step lenders must take to throw you out of your house. You must answer it. It also triggers important legal rights, like the right to foreclosure intervention stemming from the South Carolina Supreme Court’s order issued in May of 2011. And if you don’t answer, you’ll automatically lose the case. I tell clients that it’s like not showing up for the softball game. Sure, maybe you could have won, but you lost because you didn’t show up.

The legal term for failing to answer is “default.” It means that the allegations in the complaint are deemed true, whether they are or not. It also means you’ll need to leave your house far more quickly than if you answered the complaint.

I recently met with two very well-educated clients who had been served with a foreclosure complaint and never seemed to realize it. My suspicion is that clients see something legal, and their eyes gloss over–they’ll deal with it later. Or they think they don’t have to respond because, after all, they are working with their lender!  Wrong!

I can’t tell you how many times a lender’s loss mitigation department has been dealing with the borrowers on a loan modification while, at the same time, the case has been assigned to a foreclosure attorney who has filed the foreclosure complaint. It happens–a lot!

If you’re served with a complaint, take action. At least get a consultation to learn about your legal rights. Many lawyers, including our firm, do a free initial consult to give the clients options on how to deal with the situation. Don’t ignore the problem!

Saving Money While Your Foreclosure Case is Pending
February 9, 2014

Tenants Rights in Foreclosure
May 9, 2013

Mortgage Modification, Foreclosure, Intervention… What?
October 25, 2012
Your Family Can Recover From A Home Foreclosure
October 4, 2012