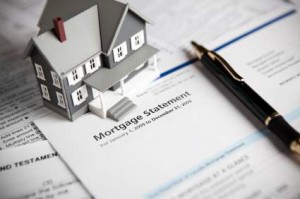 New York attorney, Linda Tirelli, discovered a 150 page manual allegedly produced by Wells Fargo and distributed to its employees and attorneys. In the manual, Wells Fargo instructs its employees and agents how to produce documents to complete the chain of title in foreclosure cases. Ms. Tirelli submitted the manual to the U.S. District Court in White Plains, New York, as evidence in a lawsuit defending a homeowner in a foreclosure action.

Ms. Tirelli alleges that this manual shows Wells Fargo’s step-by-step process for producing fraudulent documents, to submit to a court of law, in order to foreclose on homeowners. The manual outlines how to request and execute blank endorsements on notes, produce allonges, order assignments and how to title documents so that foreclosures are not being brought in the name of MERS. A copy of the manual was obtained by the Washington Post and can be read in its entirety here.

Representatives for Wells Fargo have confirmed that the manual exists, but, told the Washington Post and the New York Post, that it is not used to produce any improper or fraudulent documents. They further stated, “No note is endorsed without the proper authority,” and “Wells Fargo’s foreclosure processes—today and back in 2012—are legal [and] appropriate.”

This shocking discovery comes after the national mortgage servicing settlement between the Federal Reserve, numerous state attorney generals and the ten largest banks in 2012, Wells Fargo among them, where the banks agreed to stop robo-signing and wrongful foreclosure practices. From looking at the manual, it would appear that Wells Fargo entered into the settlement agreement and kept using this manual to foreclose on homeowners. This manual confirms what many foreclosure experts and bloggers have suspected for years, but, have been unable to prove until now. My guess is Wells Fargo will be quick to settle this case, but the outcome and the impact it will have on other states, such as South Carolina, will be interesting.