Graves H. Wilson, Jr., grew up in Greenville, South Carolina, and graduated from Wade Hampton High School in 1963 before attending The Citadel.  He served in the U.S. Army from 1967 through 1973.  He received his commission as an infantry second lieutenant at Ft. Benning, GA, in May 1968.  After completing helicopter training, he was assigned to the 1st platoon (Playboys), 334th Aviation Company (Attack Helicopter) in Vietnam as an AH1-G (Cobra) pilot.   During his tour of duty, he participated in the Cambodian Incursion supporting the 18th ARVN Division as it attacked the North Vietnamese Army and Viet Cong sanctuaries inside the Parrot’s Beak region of the Eastern border of  Cambodia.

He left active duty in 1973 and returned to The Citadel where he graduated with departmental honors in 1975 with a degree in biology.  He joined the South Carolina National Guard and served 18 years as a helicopter pilot before retiring in 1995.

From 1983 through 1985, he flew for Petroleum Helicopters, Inc. (PHI), supporting the offshore oil industry.  He graduated from the University of South Carolina School of Law in 1988.  After clerking for the Hon. Marion H. Kinon, he joined the 12th Circuit Solicitor’s office in Florence County, South Carolina.  He returned to Greenville, South Carolina, and entered private practice as a trial attorney representing, among others, clients faced with contract disputes.  In 2002 he moved to Summerville, South Carolina, and became a staff attorney for South Carolina Department of Social Services where he represented DSS in child and adult protective services actions.  He retired from DSS in September 2011 and returned to private practice with the DeMott Law Firm in Summerville.

In 2015, Graves retired from the practice of law.  He now works as a tour guide at Patriots Point in Mt. Pleasant, South Carolina, home to the U.S.S. Yorktown and the new Vietnam Exhibit. Despite his busy career at Patriots Point, he makes time to visit the firm for lunch on a regular basis.

Take a look at the Graves & Hal Show (or Hal & Graves?) video about the U.S.S. Yorktown below.

YKTV: We are proud to share with you the first in a new, original series, “The Graves & Hal Show” starring two of our very own docents. Graves and Hal have been friends for much of their lives and in their retirement/semi-retirement, they both work here as docents several days a week. They love sharing the stories of their own veteran service, as well as those of the various parts of our museum.

In this episode they talk about the first of their five favorite locations here at Patriots Point Naval & Maritime Museum. We hope you enjoy a few moments with these two as much as we do, and we look forward to sharing more episodes soon! 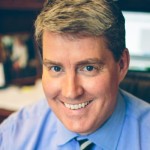 Russell DeMott practices bankruptcy and foreclosure defense. He graduated from the University of South Carolina School of Law in 1993. While in law school, Russ served as a law clerk to Robert F. (“Bob”) Anderson in Columbia.

During law school, Russ also served as a staff editor and the research editor for The South Carolina Law Review.

For the first two years after law school, Russ clerked for the Honorable Harry A. Beach, Circuit Court Judge in Allegan, Michigan.

Russ enjoys the challenge of helping clients with their financial struggles. “I view my practice as a way to level the playing field between ordinary citizens—the voters—and Corporate America—the vote buyers. I’m unapologetically on the side of the little guy.”

Russ and his wife, Rita, have three daughters.  Russ helps clients file Chapter 7 and Chapter 13 bankruptcy, as well as with out-of-court solutions like negotiating with creditors. He also accepts foreclosure defense cases.

In 2009, Kristy joined the litigation firm where she worked throughout law school as an Associate Attorney. While there she practiced general litigation, family law, criminal defense, and estate planning. Kristy now practices in the areas of foreclosure defense and does general litigation. Kristy would like to make a positive contribution to her community, and she believes that by providing aggressive representation to her clients, she can make a difference in their lives.  As Kristy puts it, “I enjoy helping people solve their problems during the most difficult times of their lives.”

Kristy lives in Charleston with her husband and their two dogs, Mia, a Doberman Pinscher and Riggins, an English Bulldog.