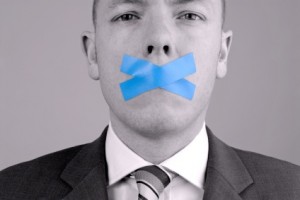 In an administrative order dated May 2, 2011, the Chief Justice of the South Carolina Supreme Court, Jean Toal, stated that South Carolina courts were having difficulty resolving foreclosure actions in which HAMP (“Home Affordable Modification Program”) modifications or other loss mitigation options might be available.  Justice Toal indicated that the problem was the result of “failed or delayed loss mitigation efforts between lender-servicers and mortgagor-debtors.”

Justice Toal explained that purpose of the order is to insure that “eligible homeowners and lender-servicers have been afforded the benefits of loan modification or other loss mitigation where possible, and to insure that the procedures for handling issues relating to such efforts are handled uniformly throughout the State, so that mortgage foreclosure actions are not unnecessarily dismissed, delayed or inappropriately concluded while loan modification or other loss mitigation efforts are being pursued.”

Although the order divided cases into two groups, those filed before May 9, 2011 and those filed after May 9, 2011, the order applies to both groups of foreclosure cases in similar fashion.

Before a foreclosure action can go forward, the lender must give the homeowner a final opportunity for a loss mitigation. What is loss mitigation? Anything that the parties can agree on that reduces the impact on the “losing party.” In real life, both the lender and the borrower may be losing parties. The lender may agree to take a write-down of principle, while the borrower agrees to a balloon payoff in five years for a lower monthly principle and interest payment. Most homeowners facing foreclosure already know about loan modification, a form of loss mitigation.

The 2011 rules apply to any “foreclosure intervention,” which is defined as “any policy, process or procedure employed by a Mortgagee for the purpose of seeking a resolution of a foreclosure action by loan modification or other means of loss mitigation.”  Yep, it says “any.”  So, if the lender has “any” loss mitigation or internal modification procedures, it must notify the homeowner of those options.  If the homeowner elects to apply for any mortgage modification–or “foreclosure intervention,” to use Justice Toal’s term–the foreclosure litigation has to wait on the conclusion of that application.  The lender can’t proceed with the foreclosure action at the same time.

The order puts the burden on the lender to (1) insure that all available loss mitigation efforts are exhausted, and (2) establishes that the attorneys in the case are the points of contact.  Prior to the order, attorneys representing lenders would refer homeowner to the lender for issues relating to the foreclosure.  However, lenders would tell homeowners that the case “was no longer in loss mitigation” and then refer the homeowner back to the lender’s attorney.  This “run around” was ineffective and, no doubt, caused more losses for both homeowner and lenders alike. Now, the lender’s attorney’s mouth can’t be taped shut by the lender.

HAMP Replaced by Flex Modifications
January 9, 2017
HAMP and HARP: How Long Will These Programs Continue?
October 30, 2016