The National Mortgage Settlement (Or “Don’t Get Too Excited!”) 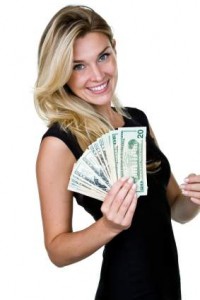 There is nothing light or humorous about the mortgage foreclosure fiasco or the so called “National Mortgage Settlement.”  The settlement documents have now been published.  And it’s another sad story.

News reports of the total settlement amount differ with some saying $25 billion and some saying $26 billion.  I tried totaling the amounts in the five separate Settlement Agreements and came up with $31+ billion.  Whatever.

USA Today published a breakdown of each participating State’s and the District of Columbia’s share of the $25 billion mortgage settlement on March 12, 2012.  The following table, as it appeared in USA Today shows the respective shares (amounts in millions):

Not surprisingly, California and Florida are getting the lion’s share, with almost three quarters of a billion dollars combined.  South Carolina’s share of just over $31 million puts it close to the middle compared to other so-called southern states.

Where are these monies coming from?  Each bank is paying an agreed upon amount into several pools.  According to my reading of the Settlement Agreements, Ally will pay a total of around $1.8 billion, BofA will pay $12.5 billion, Citi will pay $3.7 billion, JPM will pay $6.8 billion, and WF will pay $6.8 billion.  That comes to $31.6 billion, but who’s counting?  Maybe you can get $25 billion out of it.

With respect to the State of South Carolina’s payment, the payment will be used by the South Carolina Attorney General for a consumer protection enforcement fund, consumer education fund, consumer litigation fund, local consumer aid fund, or revolving fund; for consumer restitution, including the administrative costs thereof; for attorneys’ fees and other costs of investigation and litigation; for reimbursement of state agencies; or for any other uses not prohibited by law. The South Carolina Attorney General shall have sole discretion over the distribution of the funds.  And so far it appears that South Carolina’s share of the settlement will simply be dumped into the state’s general fund, rather than be spent on helping homeowners in need.

Some things never change.  The lesson from all this is that the National Mortgage Settlement won’t do much–if anything–to help South Carolina homeowners.