Was Your Mortgage Loan Closed by an Attorney? 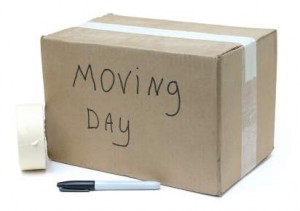 In South Carolina, closing a mortgage loan (even if it’s a refinance or equity line) is considered the practice of law.  As such, South Carolina law requires all mortgage loans to be closed by an attorney licensed in South Carolina.  If the closing occurs without an attorney being physically present and participating in the major components of the loan closing, the closing agent has committed the unauthorized practice of law. Doe v. McMaster, 355 S.C. 306, 585 S.E.2d 773 (2003); State v. Buyers Serv. Co., 292 S.C. 426, 357 S.E.2d 15 (1987).

And the unauthorized practice of law is taken seriously here in South Carolina.  It’s a felony punishable by up to $5,000 fine or five years imprisonment, or both.  See S.C. Code Ann. § 40-5-310.

But what if my loan was not closed by a attorney?

This Court has previously held the presence of attorneys in real estate loan closings is for the protection of the public and that ‘protection of the public is of paramount concern’ in loan closings. Buyers Serv., 292 S.C. at 433, 357 S.E.2d at 19. Enforcing this requirement will come as no surprise to any lender. Lenders cannot ignore established laws of this state and yet expect this Court to overlook their unlawful disregard. We take this opportunity to definitively state that a lender may not enjoy the benefit of equitable remedies when that lender failed to have attorney supervision during the loan process as required by our law. We apply this ruling to all filing dates after the issuance of this opinion.

So how does this help you?

Not every home loan was closed in violation of South Carolina law, but may were, especially during the real estate boom of 2005-2006.  What can you do to protect your home from foreclosure?

First, keep all your loan closing documents.  You should have been given a copy of all your loan documents at closing.  These documents will show who closed the loan.  Second, if you’re facing foreclosure, realize that this may help you fight the lender.  The South Carolina Supreme Court has said that a lender who violates the law at closing doesn’t have the right to foreclose. As soon as you have reason to believe that you might become a foreclosure victim, contact an attorney and have him review your closing documents  so he can advise you of your options.

Postscript: The Matrix case, as with an earlier South Carolina Court of Appeals case, Wachovia Bank, N.A. v. Coffey, 389 S.C. 76, 698 S.E.2d 244 (Ct. App. 2010), has put many lenders in a dangerous position.  The Court has said very clearly that if lenders ignore South Carolina loan closing requirements, the Court will not afford the lender the equitable remedy of foreclosure.  The legal doctrine is called “unclean hands” and means that a party who seeks equity (fairness) must have done equity (followed the law at closing).  Note that the Court held that it would apply “this ruling to all filing dates after the issuance of this opinion.”  Many commentators, including Justice Pleicones in his dissent, have questioned what this means.  I believe the Court wanted to apply the unclean hands doctrine to any foreclosure cases filed after August 8, 2011, especially in light of the Court stating, “Enforcing this requirement will come as no surprise to any lender.” For a complete analysis of this case and its relation to the unauthorized practice of law cases and statutes in South Carolina, see “South Carolina Supreme Court: Lender that Closed a Mortgage Loan Without a Lawyer’s Supervision Cannot Avail Itself of Equitable Remedies,” written by B. Rush Smith, III, a Columbia, South Carolina attorney.  Rush’s article is a succinct and accurate overview of the attorney requirement in real estate closings in South Carolina.  Also, see “Foreclosure Defense: Will Matrix Throw Sand in the Foreclosure Machine,” by Greenwood, South Carolina attorney, Dee Compton.

I stated above: “I believe the Court wanted to apply the unclean hands doctrine to any foreclosure cases filed after August 8, 2011, especially in light of the Court stating, ‘Enforcing this requirement will come as no surprise to any lender.'”

To the extent some confusion apparently exists as to what filing date Matrix referred to, we clarify now that it is the date the document a party seeks to enforce was filed.  Here, Systems’ mortgage was recorded on April 20, 2007, well before the issuance of Matrix. Thus, regardless of whether an attorney participated in the closing of Mortgage, BAC would not be barred from recovery by the illegality. (Emphasis added)

We now know that the question of whether an attorney closed a loan is only relevant to the extent that the mortgage securing a loan that was closed without an attorney was recorded  after the date of the issuance of the Matrix opinion on August 8, 2011.

Therefore, your lawyer might ask you whether your loan was closed by an attorney to support defenses asserted in the legal documents, but if you are currently in default and have been served with a foreclosure action, your mortgage was likely filed prior to August 8, 2011, and the fact that your loan was not closed by an attorney will not preclude the lender from collecting on the note and foreclosing on the mortgage.

I’m surprised that the Court came to this conclusion. First, as I indicated when this original post was done, the Court noted that the requirement of having attorneys close real estate transactions should come as “no surprise” to lenders.  Why say this if the Court was giving lenders a pass on all the illegally closed real estate transactions over the last several years and only applying the ruling to loans closed after August of 2011?

Second, lenders (as the Court noted in Matrix) had been warned over several years (arguably since the Buyer’s Services case way back in 1987) that South Carolina law required attorneys to close residential real estate transactions. Why would it be inequitable to put some teeth into the Court’s stance on the unauthorized practice of law?

Third–and think of this one–why was the foreclosure plaintiff in Matrix the only holder of a mortgage filed before the opinion to lose its right to foreclose?  If the decision only applied to mortgages “filed” after August 8, 2011, then the lender in Matrix should have gotten a pass, right?  But it didn’t.

The decision is particularly disheartening because it fails to hold cheating lenders accountable for failing to follow South Carolina law. Those lenders who didn’t require an attorney to close real estate transactions got to exclude this cost in annual percentage rate (APR) calculations (which are the costs of the loan); those who played by the rules didn’t.  Put simply, the cheaters could advertise and offer a lower APR than their lawfully operating competitors. For an explanation of APR calculations, see “Settlement Costs Included in the Annual Percentage Rate” on the Mortgage Professor website.

Saving Money While Your Foreclosure Case is Pending
February 9, 2014

Tenants Rights in Foreclosure
May 9, 2013